The latest terrorist attacks in Paris serve as a grim reminder that the threat of global terrorism is unlikely to end until the resolution of the civil war of ideas between Muslim modernisers and those adhering to an outmoded theology of Islamic dominance.
Just as the post-9/11 war against al-Qaeda degraded Osama bin Laden’s group but gave rise to the Islamic State in Iraq and the Levant (Isil), extremist Islamist ideology will likely give birth to “Terrorism 3.0” once the world has fought, contained and eliminated Isil. Security will return only after the widespread embrace of pluralism by Muslims and the defeat and marginalisation of the idea that Muslims cannot move in an orbit set by another.

The Muslim world, ascendant for several centuries, has found it difficult to deal with its decline as a global power during modern times. Inspired by the notion that Muslims were chosen by God to lead the world, medieval Muslim law made freedom of religion conditional to Muslim rule. Religious coexistence in Muslim Spain, for example, reflected the tolerance of a dominant Islam, allowing non-Muslim subjects to survive and practice their faiths conditionally. Still, that medieval standard of tolerance falls far short of modern concepts of religious coexistence under secular states.

“Muslim leaders used to want to modernise the Muslim world. Now many want to Islamise the modern world”
The anti-Western ideology known today as “political Islam” is largely a response or reaction to the breakdown of the traditional Islamic order under the pressures of modernity. Unlike Europe and North America, Muslim territories did not get the opportunity to evolve into modern states over time. The British and the French in the Arabic-speaking lands, the Russians in Central Asia, the Dutch in Indonesia and the British in India and Malaya brought new ideas and technology to Muslim lands.

The Muslim elite responded to this change of fortunes in one of two ways. The first response, adopted by some Muslim elites especially in the 19th and early 20th centuries, was to learn from and imitate the west. Kemal Ataturk, the founder of modern Turkey, told a peasant who asked him what westernisation meant: “It means being a better human being.” Others, however, recommended “revivalism” or a search for glory through rejection of new ways and ideas. 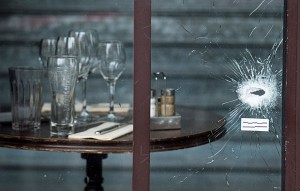 Contemporary jihadists have chosen to use modern means, including the internet and state-of-the-art weapons, to impose their medieval beliefs. But their ideology cannot be defeated by a purely military strategy. Islamist movements see the humiliation of fellow believers as an opportunity for the mobilisation and recruitment of dedicated followers.

The resort to asymmetric warfare – the idea that a suicide bomber is a poor man’s F-16 – has often followed each significant Muslim military defeat. Yasser Arafat and his Al-Fatah captured the imagination of young Palestinians only after the Arab defeat and loss of the West Bank in 1967. Islamic militancy in Kashmir can be traced to India’s military victory over Pakistan in the 1971 Bangladesh war.

“The fundamentalist interpretation of Islam is not a common mode of thinking for most Muslims, but it is clearly driving the political agenda”

Revenge, rather than willingness to compromise or submit to the victors, is the traditional response of Islamist Muslims to the defeat of Muslim armies. And for them, this battle has no front line and is not limited to a few years or even decades. They think in terms of conflict spread over generations.
A call for jihad against British rule in India, for example, resulted in an underground movement that began in 1830 and lasted well until the 1870s, with remnants periodically surfacing well into the 20th century.

The fundamentalist interpretation of Islam is not a common mode of thinking for most Muslims, especially in recent times. But it is clearly driving the political agenda in Muslim countries. Not all Muslim modernisers are willing to confront the anti-Western and anti-Semitic beliefs that feed the Islamist narrative. The Islamists are dominating the discourse within the Muslim world by murdering secularists and forcing many of them to leave their countries.

With over 1.4 billion Muslims around the globe, the swelling of the fundamentalist ranks poses serious problems. If only 1 per cent of the world’s Muslims accepts this uncompromising theology, and 10 per cent of that 1-per cent decide to commit themselves to a radical agenda, we are looking at a one million strong recruitment pool for groups such as al-Qaeda, IS and whatever comes next.
Only a concerted ideological campaign against medieval Islamist ideology, like the one that discredited and contained communism, could turn the tide.